A Long Time Ago…

When I moved this summer, I decided to pick up a new game. As I have a few friends who have really enjoyed Star Wars Imperial Assault, and most of the local game stores seemed to have a tournament environment, it was a good pick.

Fast forward a few months and I have started to actually slap some paint on the figures. Work being work, I haven’t been able to play many games with the local crowd but I have managed to get a few games in with friends.

Last night I managed to play a game with my wife and kids and the girls loved it. The game has a story mode where players control heroes and fight the Empire. With an app that has been released, nobody has to be stuck playing the bad guys and the kids loved it. 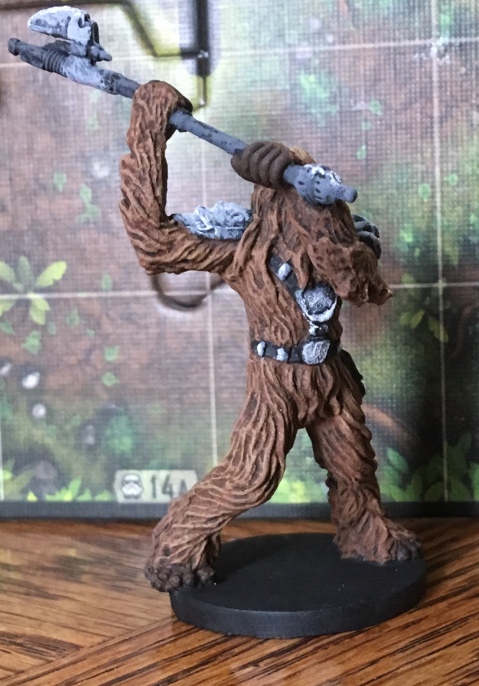 My youngest daughter absolutely loves wookies so she picked Gaarkhan in about 2 seconds flat. As an easy to painted figure he was the first of the 4 heroes to get painted. 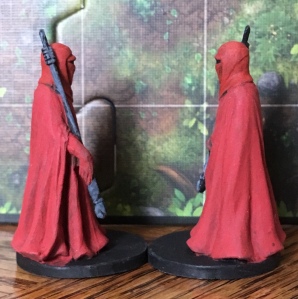 Also getting some paint were the Royal Guards. I have always liked how they looked in the movies but I was a bit disappointed that they aren’t as awesome as some other figures. 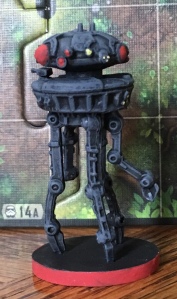 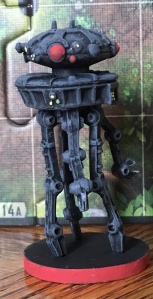 Also getting painted was a probe droid, one of my favourite villains for all of the 2 minutes he was in the movies.

As a bit of an action shot we see the fearless wookie about to crush some Imperials.

A short post but hopefully inspirational. If nothing else to find a way to bring your hobby to the next generation.